Subject: Date: From: To: 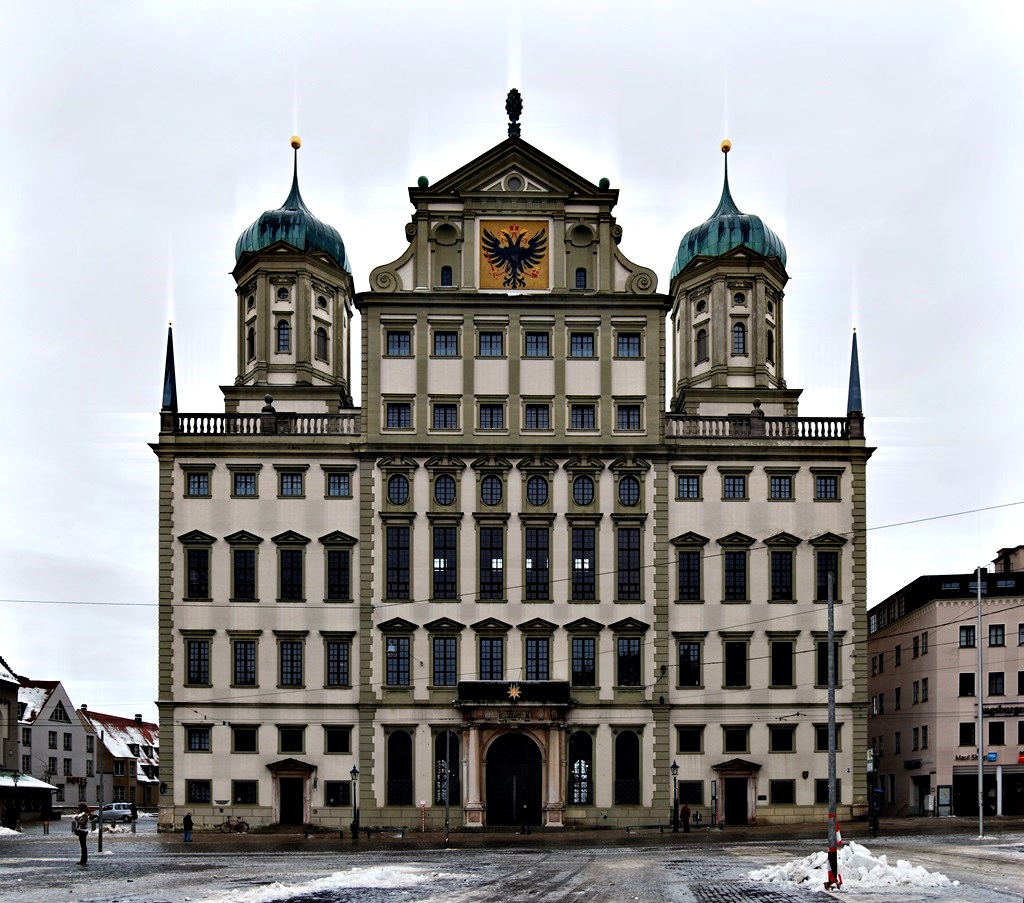 Ecumenism: The Augsburg Peace Award 2020 goes to Bedford-Strohm and Marx.

This year's Augsburg Peace Award goes to the regional bishop of the Evangelical Lutheran Church in Bavaria, Heinrich Bedford-Strohm, and the Catholic Cardinal Reinhard Marx. 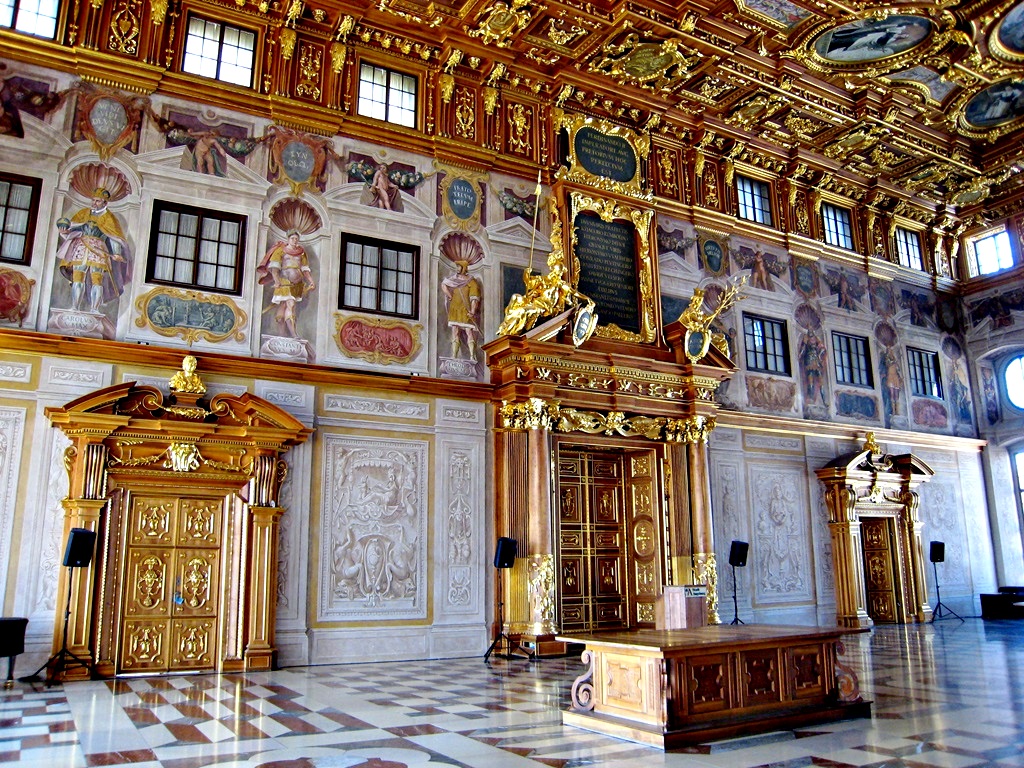 Together, the heads of the Christian churches in Bavaria, Bedford-Strohm and Marx, received the Peace Prize of the City of Augsburg, endowed with 12,500 euros, which was awarded during the Augsburg Peace Festival.

Ecumenism and the Augsburg "Puppet Box".

And to the EKD

The Awards of the "Augsburg Puppet Box"!

Please let the Gerrman-language document be translated into many languages and be handed over to the clergy!

Today my person would like to deliver a funny sermon to those who are too far removed from reality and for this reason can no longer notice what is going on.

As could be learned through the media, two of the "guys", one as a Roman Catholic cardinal and the other as the chairman of the Council of the EKD, have once again had themselves honoured with awards in the spirit of ecumenism and even received a nice bit of money for it.

The above-mentioned "occasion" by means of ecumenism was excellently packaged as the Augsburg Peace Prize 2020, because peaceful coexistence between the two large Christian churches in Germany was probably very much at risk, or was it?

Was it possible that the state was mistaken, in that there are always serious conflicts between the different Christian denominations in this regard, or did they want to ensure that conflicts were avoided in advance?

The latter is probably not the case!

With trained psychology, what should at least be different from theology, one now takes the Peace Prize 2020 as an occasion, especially here in Germany, where the 95 Theses had its origin through Martin Luther, to focus on the advocacy of ecumenism, which every citizen of the country considers honourable and right, because peace is indeed a high good!

Psychology and perseverance can obviously achieve a lot, but now there must be an end to such cheap "Augsburg Puppet Show"!

"My Dear Boys", one day each one will stand alone before his Creator and He will examine what such a "boy" has made of his life!

Then such a "boy" will say: "I have several gold and platinum awards to show for it, and through a state funeral and through the reports and announcements via the media world, I have passed from the world as a popular and honoured clergyman.

I have done great things in Your name, for I have done what You told me to do as a clergyman, namely, I have always held the sacrificial lamb against the sins of the world!

Was I to make myself unpopular with believers everywhere by making the keeping of the Ten Commandments a basis of every Christian and a prerequisite for receiving a sacrament?

I had to submit and to bring under to the spirit of the times, because otherwise I would have had to lead a miserable life and You certainly didn't want that!

This was no longer possible, because the Protestant Church was not only asleep, which is particularly noticeable in that the flag of state power has long since ceased to fly under the Ten Commandments*, but a completely different wind is blowing in its direction!

Then one can only advocate ecumenism and put celibacy as an OUTLAW MODEL on the line, as the call of Catholic women for equality in the Roman Catholic Church is also getting louder and louder!"

But my Dear "Boys" at the end of this era you should be able to recognise that the spirit of the age has already led mankind into the Revelation of John and has long since been in the process of casting the "devil to earth" to announce a new era!

But if as a true spiritual person one cannot or could not notice this and that, then one has possibly bound oneself to someone or even still to something, which can no longer have much in common with the Lamb of God!

Last but not least, it is possible that not only the "sheep" who lived in faith in God and thus died will pay the bill for the missing sacrificial lamb, but rather those shepherds who received awards in the name of a sick nation by bowing to the spirit of the times!

These deceased clergymen will surely have to earn these awards in the hereafter, which they have already received on earth through their failures and through the ease of life!

Especially also a head of the church of shepherds, who kept the worldwide media world in suspense at the hour of his death, will probably pay this bill in the first place, and only in the second place will it be his shepherd's staff and its entourage; only afterwards will it be their sheep or the sheep!

Nor will it be the Trinitarian Authorities or the princes and princesses who now have to at the end of time sort out the mess again, respect they will not be in the first place, but always those who have entered into a celibate union with Jesus Christ, the Lamb of God!

So in this respect, "my dear boys", you are once again urgently advised to think about your actual task by opposing the devil and not simply and effortlessly holding up the Lamb of God or a host to the devil as you have done before!

You will indeed be allowed to practise ecumenism by being banished in groups and together with the male Protestant dignitaries to a distant island to live there for a longer period of time like the refugees on the Greek islands, for example on Lesbos in the Moria refugee camp, and to learn to pray for humanity.

Please choose suitable islands where there are no volcanoes if possible and where good security for your stand can be made possible.

Any means of communication such as the PC, tablets or mobile phones, for example, are not allowed for one common men's domain, but are allowed for another domain or ecumenism.

Conclusion: There is not the slightest objection to the wealth of the true Roman Catholic Church, which every person can admire, but only if the Church is composed of true confessed clergymen without exception and also only if all people have a roof over their heads and if no person in the world has to suffer hunger!

HP: This document will have to be published in the homepage www.stars.world-cultural-heritage.de, which was especially created for you!